3 New and Improved Perspectives on Tea in Stardew Valley

Are you unsure if Tea in Stardew Valley is worth it? Have you been asking yourself whether growing Tea Saplings, harvesting Tea Bushes, and making Green Tea are worthwhile money-making and beneficial endeavors? Read on to find out more about the what’s and how’s as well as three new perspectives on Tea in our beloved Stardew Valley.

4 Types of Tea in Stardew Valley:

“Takes 20 days to mature. Produces tea leaves during the final week of each season, except winter. No watering necessary!”

Tea Saplings are seeds that grow into a Tree Bush. You can get them from the Traveling Cart or by crafting them on your own. It acts just like Tree Saplings— you plant them onto untilled soil where they will grow unwatered and will not die during Winter. Like Tree Saplings and Fruit Trees, Tea Sapling can only be destroyed with an Axe but not moved after placement.

After 20 in-game days, the Tea Sapling grows into a Tea Bush. These bushes will produce one Tea Leaf during the last week (days 22-28) of Spring, Summer, and Fall (and Winter if planted indoors). Tea Bushes do not need water to grow or stay alive. They, like Fruit Trees, do not die in Winter. Only Axes can destroy Tea Bushes, and they yield no wood when done so.

“The young leaves of the tea plant. Can be brewed into the popular, energizing beverage.”

“A pleasant, energizing beverage made from lightly processed tea leaves.”

Green Tea in Stardew Valley is a consumable Artisan Good you can make by placing Tea Leaves in a Keg. The Artisan Good is one of the options for the Brewer’s Bundle if you choose to have the Community Center’s bundles Remixed. Additionally, placing Green Tea in the spool of the Sewing Machine will produce a unique Tea Shirt, and it can also be used as Green Dye.

How do i get the Crafting recipe for Tea Saplings in Stardew Valley?

Tea Saplings are one of the plants in Stardew that you need to craft. You can acquire the crafting recipe by gaining enough Friendship points with Caroline to fill two hearts. To trigger the two-heart event, you must enter Caroline’s Sunroom through the door in her kitchen between 9 AM and 5 PM on a non-rainy day.

Caroline will proceed to show and tell you about her Sunroom. The next day, you will receive a nice letter in the mailbox from Caroline, as well as the crafting recipe for the Tea Sapling.

What do I need to craft Tea Saplings?

To craft Tea Saplings, you need three kinds of ingredients. Two (2) of any Wild Seeds, Five (5) Fiber, and Five (5) Wood will produce one (1) Tea Sapling. Pro Tip: Selling Tea Saplings are more profitable than selling its ingredients since the saplings sell for 500g each.

What can I do with Tea in Stardew Valley?

The best thing to do with Tea in Stardew Valley is to process it. You can process Tea Leaves with a Keg or a Preserve Jar. Both Artisan Machines can be crafted by the player to make Artisan Goods.

In a Keg, one (1) Tea Leaves will produce one (1) Green Tea after three (3) hours in-game. Green Tea at regular price sells for 100g and with Artisan Profession, 140g.

3 New and improved perspectives on tea:

The introduction of Tea in Stardew Valley admittedly underwhelmed quite a lot of players. It wasn’t a crop that could make you millions and millions of gold, and it did not truly have any special or game-changing qualities. However, Tea has some relatively undiscovered uses.

There you have it! All you need to know about Tea in Stardew Valley as well as 3 new outlooks on it. Happy Playing, everyone! 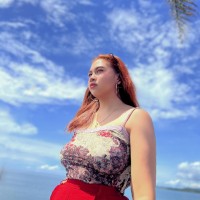 Beatrice
Beatrice is an impressionist painter and aspiring writer from the Philippines. She loves journeys across the Gem Sea, Emeralds, and Tulips. Her forever husband is Sebastian and they've been married for six years.