Stardew Valley Lava Eel: All You Need To Know

Welcome to our post on the Stardew Valley Lava Eel!

It can somehow survive in pools of red-hot lava.

A lava eel is a type of fish that is obtainable through Fishing. It is a red colored eel with dark red dorsal spikes. True to its name, it spawns in lava and is the only fish to do so.

Though it’s not a Legendary Fish, lava eels are tied with scorpion carp as the second most difficult fish to catch in the game (after octopi).

Where to find a Lava eel

Lava eels can be found in two different locations: the Mines, and the Forge at the top of the Volcano Dungeon. The spawn rate is higher in the Forge than in the Mines.

The Mines are located in the northeast corner of the map, just to the right of Linus’ camp. Once you enter the mines, you have to reach level 100 before you have a chance of catching a lava eel.

How to catch a lava eel

Lava eels can be caught during any season, during all kinds of weather.

Since lava eels exhibit mixed behavior and are so difficult to catch, it’s a good idea to maximize your chances of successfully reeling it in. To do this, you should use the Iridium fishing pole, bait, and the trap bobber.

What can you do with a lava eel

This fish is an option for the Fish Tank’s (remixed) Master Fisher’s bundle.

Lava eels are not utilized in any quests, and no villagers like getting it as a gift. Demetrius, Elliot, Leo, Linus, Pam, Sebastian, and Willy are all neutral to receiving a lava eel as a gift. Meanwhile, everyone else either dislikes it or hates it.

It can be crafted into three base recipes: Maki Roll, Quality Fertilizer, and Sashimi. Though, all of these recipes can be crafted using any fish in the game; and both Sashimi and Maki Rolls sell for significantly less than the cost of just the actual fish.

Lava eels are also used in making the logo cap with the sewing machine, and as red dye in the dye pots inside Emily and Haley’s house. 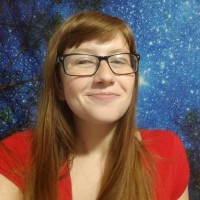