11 Reasons You Need A Catfish + How to Catch One

Catfish is a freshwater fish that can be quite tricky to find and catch. They’re quite valuable, though! Read on to learn everything there is to know about this freshwater fish!

All the different types of fish in Stardew Valley have specific behaviors, difficulties, and sizes.

A fish’s behavior determines how it behaves during the fishing mini-game. There are five types of fish behavior:

A fish’s difficulty is predetermined – each fish in Stardew Valley is considered to have a difficulty between five and 110. The most difficult-to-catch fish is the Legend, one of the five legendary fish you can catch, and its difficulty rating is 110. Carp is on the other end of the spectrum, with a difficulty of just 15.

A Catfish is a brown-colored fish with black fins, red eyes, and whiskers. Using the descriptors from the section above, their behavior is mixed – they follow a pretty basic movement pattern during the fishing mini-game. A Catfish’s difficulty is rated 75 – which is on the higher side. This means that, even with their mild behavior, these fish are decently difficult to catch. They can be caught in the size range of 12-73 inches.

How to find a Catfish

Generally speaking, Catfish can only be caught during any time of the day in Spring or in Fall, in different places in Pelican Town where there is freshwater. These fish can only be found when it’s raining outside. Under certain conditions you can also catch one during Summer and Winter:

You can tune into the Weather Channel each day to see if it’s going to rain on the next day. Once the weatherman confirms it, get your Fishing Rod ready to go for tomorrow!

As for where you can find this fish, there are six possible locations:

Where are the Secret Woods?

The entrance to the Secret Woods is in the northwest corner of the Cindersap Forest. However, you will need to have a Steel Axe before you can chop down the Large Log that’s blocking the path. To catch this fish at the Secret Woods, it still needs to be raining. However, you can catch a Catfish here in Summer as well, and not just Spring and Fall.

Where is the Witch’s Swamp?

Meanwhile, the entrance to the Witch’s Swamp is at the northeastern corner of the area next to the Spa. This area becomes available after the “Dark Talisman” quest. Like the Secret Woods, it must be raining outside for you to catch this fish in the swamp; even though you won’t see the rain in the swamp area itself. It can be caught here in Spring, Summer, or Fall.

What is the Riverland and Hill-top Farm?

There are two of the several possible farm maps you can choose when you start your game. These two in particular have rivers coursing through them, which makes it possible to catch this fish on your property. In comparison, on the Beach Farm, there is no river in sight; only saltwater.

If you didn’t choose either of these two farm maps, you won’t be able to catch a Catfish on your farmstead. However, you can still find them all over Pelican Town; so don’t sweat it!

How to catch a Catfish

Catfish boast a difficulty level of 75, which means that catching them is no small feat. If you’re new to fishing, you may struggle to catch this fish for a long time. To improve your chances:

Other Ways to Get a Catfish

There are more ways to obtain a Catfish than just through fishing:

What to do with a Catfish

1. Complete the River Fish Bundle in the Community Center

Only one villager loves getting it as a gift – Willy, the local fisherman. Demetrius, Elliot, Leo, Linus, Pam, and Sebastian are all neutral to receiving a Catfish as a gift. Everyone else in Stardew Valley either dislikes it or hates it.

4. Store it for Quests

There are two types of quests where a Catfish will be needed – “Item Delivery” and “Fishing” quests.

There is a chance of catfish being requested randomly during the Spring and Fall Seasons on the “Help Wanted” board. This board is located in front of Pierre’s General Store, next to the calendar. Completing this quest rewards you with gold and friendship points with the villager who requested it. If you store a couple of Catfish in a chest somewhere, you can get this quest done lickety-split as soon as it pops up.

Alternatively, one to four Catfish in total can be requested by Willy or Demetrius in a “Fishing” quest. You can find these quests on the same Quest Board. Unlike the regular “Item Delivery” quests, you get to keep all of the Catfish you catch for these fishing quests.

5. Use it for Crafting

Any fish can be used to craft Quality Fertilizer, including Catfish. To learn more about fertilizers, check out our article on them below:

6. Use it for Cooking

Catfish is used in two cooking:

Catfish are also used in making the fish shirt with the sewing machine, which you can see below. Unlike many other items in Stardew, you cannot use Catfish in the dye pots.

When Catfish are put into a Fish Pond they produce Roe. Roe can be placed into a Preservers Jar to craft the artisan good Aged Roe. This can be sold for quite a pretty penny. For best profits, make sure to keep growing your fish farm by completing fish quests and homing more and more Catfish.

The Luau is one of the most fun festivals in Stardew Valley. The center-focus of the festival is the community pot-luck. You’ll find a big wooden tub of stew and be asked to contribute the final ingredient. As it happens, a Gold or Iridium quality Catfish will get the best response from the visiting Governer.

If the Governer is happy, so is mayor Lewis, and so is the rest of the village! You’ll gain heaps of friendship points from everyone by making the Governor happy.

The follow table outlines the price of Catfish at different quality levels. Furthermore, you can increase the worth of any fish you sell by grabbing the Fisher and Angler professions at levels five and ten of the fishing skill – also outlined below!

When consumed, you will receive a boost of 50 energy, and 22 health. A regular quality fish should be made into Sashimi for better results. However, an Iridium Quality specimen will give you a far handsomer boost in both Energy and Health – 130 Energy, and 58 Health to be exact. 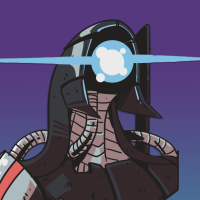