Fishing tends to be everyone’s least favorite part of an otherwise fantastic game. Here are some tips on how to fish on the Nintendo Switch in Stardew Valley.

How to Start Fishing

When you start a new save file, on Spring 2 you’ll get a letter from Willy telling you that he’s returned from a fishing trip. When you go to the beach, you’ll trigger a cut scene with him in which he gives you the bamboo rod.

How to Fish on Switch

As soon as Willy gives you the bamboo rod, you can start fishing. Since you’re already on the beach after the cut scene ends, most players will try to catch their first fish right there.

As the line is casting out (after you’ve let go of Y) you can move the left joystick to make the line curve slightly to the left or right. The first time you fish on a new save, you’ll get instructions on how to catch one.

When you press down on Y, your green bar will go up. When you aren’t pressing on Y, it goes down. The goal is to keep the fish covered by the green bar until the meter reaches the top.

The best technique to do this is with multiple rapid taps of the Y button, rather than trying to hold it down and let it go slowly. Some fish will move very quickly, so you need to be able to anticipate where they’re going to go next.

If you want the green bar to stay in one place, tap it at a rate of about 280 beats per minute. (It sounds like this.)

The best way to anticipate how the fish is going to move is to familiarize yourself with the different movement patterns.

This is the most basic movement pattern. The fish will generally move up and down a bit, but they tend to be a little bit easier to follow. Some examples of fish with a mixed pattern are Carp, Salmon, and Catfish. Of these three, the Carp has the lowest difficulty and the Catfish has the highest.

This behavior is similar to mixed but, as the name suggests, moves more smoothly. Rather than making smaller jumps up and down, the fish tend to take their time moving up the bar, then come back down. Some examples of fish with a smooth pattern are Bream, Red Mullet, and Tuna. Of these three, the Bream has the lowest difficulty and the Tuna has the highest.

These fish tend to move down more quickly than they move upward. This doesn’t necessarily mean that they hang out on the bottom of the bar, although it might. But as the fish is moving up and down, they’ll drop more than they rise. Some examples of fish with a sinker pattern are Sea Cucumber, Halibut, and Octopus. Of these three, the Sea Cucumber has the lowest difficulty and the Octopus has the highest.

These fish have the opposite of the sinker pattern: they move upward more quickly than they move down. Sometimes they’ll skyrocket to the top of the bar and stay there, but sometimes they’ll jump around a bit more. The only two fish with a floater pattern are the Pufferfish and the Blobfish. Both fish are quite difficult, but the Blobfish is a tiny bit easier.

This is the most difficult behavioral pattern to predict. The more difficult the fish is to catch, the higher the percentage chance the fish will quickly jump in either direction. Some examples of a fish with a dart pattern are Herring, Perch, and Pike. Of these three, the Herring has the lowest difficulty and the Pike has the highest.

How to Make Fishing Easier

Fishing, like combat, is definitely one of the more difficult aspects of the game. Luckily, there are a few ways of making it a little easier for yourself.

The most basic way to make fishing easier is by leveling up. This can require a lot of patience, as when you first start out, fishing can be particularly difficult. With each new level, the size of the green bar increases by 8 pixels. At Level 0, the green bar is 96, and by level 10 it has grown to 176 pixels.

Another way to make fishing easier is by buying better rods. For more information on the different types of fishing rods in Stardew Valley, click here. The best rod in the game is the Iridium Rod, which allows you to attach both bait and a tackle.

You can also use food buffs to temporarily increase your fishing level. For example, Chowder gives you +1, Dish o’ the Sea gives you +3, and Seafoam Pudding gives you a +4. The first two will probably be the easiest to obtain early on in the game. You receive the recipe for Chowder when you get three hearts with Willy. To make it, you only need one clam and one milk.

Alternatively, you unlock the recipe for Dish o’ the Sea at fishing level 3. All you need to make it are 2 Sardines and 1 Hashbrown, so hold on to those potatoes from Spring. You might also be able to find it in Krobus’ shop on Saturdays or at the Traveling Cart.

Learning how to fish on Switch can be tough. But with a little bit of time, patience, and determination, you’ll be a Master Angler in no time! 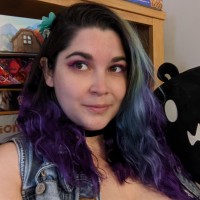 Manda
I started playing Stardew Valley on a 17-hour drive to my new home in Missouri, and I haven't stopped playing since! It's a great game to play while watching YouTube, listening to a podcast, or even just hanging out with friends.

9 Amazing Ways To Use Paths in Stardew Valley

How To Remove The Glittering Boulder In Stardew Valley?