Have you met Pelican town’s local Blacksmith? He’s Clint, a great metalwork craftsman and hopeless romantic. Read further to learn about his schedule, most-loved gifts, and more in Stardew Valley!

When you first meet Clint, you’ll see that he’s a friendly, business-minded individual who frequently offers you his services. As you get to know him, you’ll learn that he doesn’t only care for his shop, but he also deeply cares about someone. Unfortunately, his romantic skills aren’t as polished as his craftsmanship skills.

Are you interested in befriending him to know more about his love life and take your gameplay to the next level? Read further to learn more about his characteristics, schedule, gift preferences, and more!

Clint is one of Pelican Town’s most prominent non-marriageable villagers who plays a significant role in your gaming experience. He owns and operates the Blacksmith shop, which sells a variety of ores and offers geode processing and tool upgrade services. Moreover, you’ll most likely find him in his shop because he works and lives there.

Additionally, he claims that he was forced into the job and tends to complain about his working conditions. He also mentioned that he’d rather work outdoors than in a hot furnace for hours. Despite these statements, he spends most of his time working in the shop and seems to enjoy receiving gifts you can get from the Mines.

Interestingly, according to a photo of him clutching a Joja Cola, he only has four fingers on his left hand. You can also tell he loves the blues if you take a careful look at one of his Boombox tapes. Furthermore, his age is unspecified, but according to Stardew Valley’s developer; he’s in his late “30s-40ish.

Clint is exclusively friends with Emily and doesn’t interact with many of the locals. He’s unmarried, has no children, and has no family, which only makes him feel more alone in Stardew Valley. After witnessing numerous happy families celebrate the Feast of the Winter Star, he even remarked that another lonely year is ahead.

He rarely speaks of his family, but he’s made the following statements. First, his great-grandfather, grandfather, and father were all blacksmiths from a long line of craftsmen in the Smithing business. Second, his father pushed him to choose this line of work.

Clint has a massive crush on Emily despite living a seemingly isolated lifestyle, as evidenced by a note discovered in his bedroom addressed to her. This unsent letter contains a message saying he knows she only sees him as a friend. He adds that it’s his fault because he’s too frightened to tell her the truth.

After working in his shop, he’ll visit the Saloon so he can talk to her. Furthermore, he’s been holding onto his romantic affections for a long time but is too afraid to ask her out. However, every time he attempts to invite her out on a date, he panics and becomes awkward.

Clint follows a regular schedule that rarely changes. His daily routine slightly alters when he goes to the town’s festival days, when it’s raining, or when he requires a checkup. However, if you restore the Community Center, his Friday timetable permanently changes.

Refer to the tables below if you want to know the Blacksmith’s location at all times in Stardew Valley:

Unlike most villagers, Clint loves receiving minerals and expensive smelted ores as a gift. So, if you’re interested in befriending him, you should give him something he’ll appreciate twice weekly. However, giving him a gift on Winter 26, his birthday, will give you 8x more friendship points than any other day, making the process easier.

To help you choose a gift for him, refer to the table below:

Clint enjoys watching nearly all of the movies in the theater but doesn’t love any of them. Additionally, he also has a particular dislike for one film. Here’s a table of the Movie titles he likes and dislikes:

While watching the movie, consider getting Clint some snacks and beverages to make the experience more enjoyable for him. Use the list below to determine what to get him in the Concessions stand:

Triggering Clint’s heart events requires you to collect points to gain Friendship hearts. By doing this, you can access the following cutscenes and receive the following recipes, as mentioned in the table below:

If you’re wondering if you can marry the town’s Blacksmith in Stardew Valley, the answer is no. Your relationship with Clint can only go as far as being good friends by earning friendship points to obtain more hearts. As your friendship level with him increases, the more heart events you trigger, allowing you to learn a few recipes and witness intriguing cutscenes.

After collecting all the necessary things, you can finish the quest by simply speaking with Clint. If you hand him any amount of coal and ore, one of them is given automatically to him as a gift. 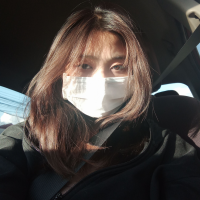 Stardew Krobus: Full Guide to His Likes, Schedule, and More

Stardew Leo: Guide to His Schedule, Best Gifts, and More

Who Is Marlon in Stardew Valley? [Everything You Need to Know Now!]

Who Is Victor in Stardew Valley Expanded? — Schedule, Gifts, & More