The incubator in Stardew Valley has some secrets you may not have known. If you already own one, you’ll be astonished at how much extra functionality it can provide. Continue reading this guide if you’re interested in learning more!

Using incubators to hatch more chickens or ducks is a terrific way to increase your profit. It doesn’t require a lot of money to manage, and it pays off with little effort and patience.

However, if you’re not exploring its features, you may miss out on a few things that can genuinely make your farming life easier.

If you don’t know yet, here’s a quick breakdown of what you might expect about the great incubator in Stardew Valley.

1. There are Different Types of Incubators

Not everyone is familiar with its types. Among these are the standard incubators found in large coops, which are commonly used for hatching chicken and duck eggs. Slimes and ostriches also have their own.

The best way to get more loot is to start a slime hutch. Slime eggs are a rare drop from slimes under the mines, and the type you acquire depends on your current floor level. But no worries, after building a slime hutch, Marlon will visit your farm and give you a slime egg to put in the incubator.

As soon as the eggs have hatched, you can start the breeding process and repeat the cycle until you can generate a steady cash stream.

On the other hand, selling their loots (slimes) isn’t that profitable; the average sale price is 5g. So you may want to look into selling their eggs instead. Each color of slime has a different price. One of the most profitable is the tiger slime egg, which sells 8,000g.

In this random event, a strange capsule crashes on your farm. It’s filled with ooze and something alive, earning it the moniker “alien incubator.”

To hatch an ostrich egg, you’ll need an ostrich incubator, which you can obtain after getting the crafting recipe (50 bone fragments, 50 pieces of hardwoods, 20 cinder shards) from Professor Snail.

Once you have one, you just need to place it in a barn.

Having a Coopmaster profession would be great in cutting down the incubation time. Eggs usually hatch for 6 to 12 days, but you can reduce it to half with this perk. This may not be the best profession for generating income and quick returns, and other professions, such as the Shepherd, can outperform it.  But becoming one is an excellent start for new players since egg-hatching is a wonderful experience!

Crafting or purchasing standard incubators is impossible, except for the ostrich and slime incubator. And unless you can get Robin to construct another coop, hatching two or more eggs simultaneously is out of the question.

Is your incubator still pulsating even after a week or a month of incubation? You see, an overcrowded coop means that your egg won’t hatch.

If your coop doesn’t have enough space, it’ll continue to incubate. Big coops have a maximum capacity of 8 animals, while deluxe coops may contain 12.

To make room for new chickens, you may either move the existing ones to another coop or sell them; this also applies to dinosaurs.

Both of these eggs require little attention. They are simple to manage and can be a dependable source of revenue.

Unlike other eggs, a dinosaur egg is more uncommon to encounter, especially in the wild. You can get them through artifact spots, fishing treasure chests, Skull Cavern, Crane game, and Pepper Rex drop.

For new players, it’s a good idea to keep the first dinosaur egg you obtain because you’ll never know when you can find another one.

It’s preferable to wait until you can incubate and hatch it, which will allow the dinosaur to lay more eggs that you can donate to Gunther later.

You can purchase golden eggs from Marnie for 100,000g, Qi’s Walnut Room for 100 gems, or you can randomly obtain one from a treasure chest or the witch. They may seem underwhelming at first because of their low-restoration value, but their selling price (500g) isn’t too bad.

On the other hand, you can hatch it in an incubator just like a conventional egg. But those only happen after perfection.

As a new player, you may be tempted to buy a coop, thinking that you can instantly begin to breed more chickens. This isn’t true, though, and many players make this kind of mistake.

Alternatively, you may purchase chickens, but hatching eggs and raising them into chickens is considerably easier and cheaper.

Before hatching eggs, you must first upgrade your coop to a big coop or deluxe one, as these two come with a built-in incubator.

The upgrade allows you to breed chickens to produce extra eggs, which you can sell or use to make mayo!

7. You can’t destroy or move it

Whether you wish to relocate or discontinue the incubation process, standard incubators are unbreakable as they are an integral part of the farm building. However, you can wait until the egg hatches, which is a relatively short period of time. 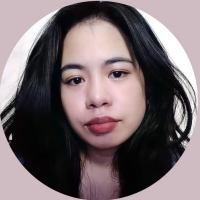 Dennyvie Ann
Dennyvie is a BS Medical Laboratory Science student who dreams to become a physician and a published author someday. In her spare time, she spends hours playing Stardew Valley, which has become a safe space for her.