WHAT GOOD IS THE STARDEW FIELD SNACK ANYWAY?

What is the point of the Field Snack in Stardew? Why does everyone in Pelican Town hate it? Learn how to get the most out of the disliked treat below!

If you’re new to Stardew Valley, you might notice polarizing opinions about the Field Snack, a craftable food you earn the recipe for at foraging level 1. It’s often considered a useless item, and everyone in Pelican Town even dislikes it. I wouldn’t suggest gifting it unless you want a good laugh at the townsfolk’s reactions.

However, the Field Snack is relatively high in energy and easy to craft, so don’t write it off just yet.

The Field Snack in Stardew is a brownish-orange rectangle in a green wrapper. It’s pretty much a granola bar made of seeds and nuts from the local trees. Would not try at home. Probably why everyone in Pelican Town hates it.

At first glance, the Field Snack doesn’t look too good. It sells for next to nothing and gives low energy compared to food like cheese (base of +125), chowder (+225), or the complete breakfast (+200). The health bonus of +20 isn’t high either.

Great for energy early on in the game

Remember what it was like to tend your crops without sprinkles? You’d be out of energy by the time you head into town. With a few Field Snacks in your backpack, you’re good to go after the morning labor is done.

There aren’t a lot of options for energy early on in the game, and Field Snacks are a cheap bite when you consider the low materials they take to craft. On top of this, when you’re first starting out, you don’t have an upgraded farmhouse, so you can’t cook the tasty treats that give you crazy high energy. The Field Snack is crafted as a regular item like fencing and torches, surpassing the need for the Farmhouse upgrade.

If you’re in your third year at the farm, you’re probably not crafting any Field Snacks, but if you’re just starting out, it’s a pretty good item to keep around.

Don’t want to craft it? Dig in the trash!

Urban foraging is my favorite way to get high-energy foods in Stardew Valley. If you’re a trash panda like me and rummage through the garbage cans in Pelican Town on a daily basis, you’ve encountered a whole lot of Field Snacks (and more!) inside. It’s a trouble-free way of finding food and recyclables at no cost. Try not to get caught because the townspeople tend to get grossed out if they see you picking through their garbage.

Use the Flied Snack in tailoring and dying

You can create and dye clothes at Emily and Hailey’s house in town using just about any item you find. And the field snack is no exception! Use it to make something new, or dye clothes an orange color at Emily’s House or your own Sewing Machine.

Not worth crafting to sell

Let’s look at the cost of making and selling a Field Snack. As we said before, it takes one Acorn, one Maple Seed, and one Pine Cone. The Pine Cone and Maple Seed both sell for 5g, and the Acorn sells for a full 20g. That means in pure cost, a Field Snack uses items worth a total of 30g but only sells for 20g. All in all that makes the Field Snack NOT an item you craft to make a profit.

Works for a quick bite

It’s exactly as the Field Snack tagline says, a quick snack to fuel the hungry forager. You’re cutting down trees anyway, which means you’re stocking up on acorns, maple seeds, and pine cones as you chop for wood. They pop up when you’re smacking the earth with your hoe as well, so most players already have them in mass.

A Field Snack is likely not going to save you when you’re a million levels deep in the mines fighting weird creatures. Still, it does give you the boost you need when you’re out foraging and low on energy. 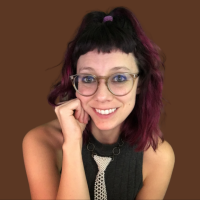 Anna
Cozy games like Stardew Valley help me relax after a long week of game and dark fantasy writing. It's a game that feels like a second home, and I love to share the knowledge I have of it!